His commitment for orthopedics and Joint replacement resulted in Dr. Pranit to be a advanced Joint Replacement & Arthroscopy Surgeon who is the only surgeon in Maharashtra and one of the few in India to Hip Replacement by Anterior approach, and a surgeon who uses Sub-vastus approach for Knee replacement thus doing it without cutting knee muscle and painless techniques, and also he is Knee & Shoulder Arthroscopy surgeon treating Knee ligament and meniscus injuries and Shoulder muscle injuries and dislocation with Arthroscopy [Key Hole Surgery] thus covering an entire Sports-injury spectrum. 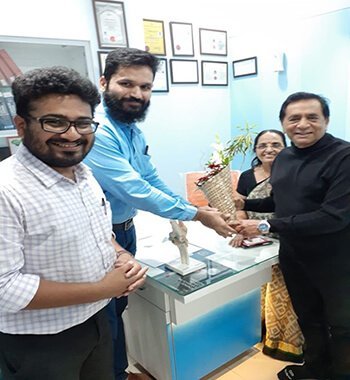 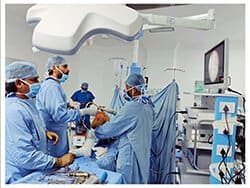 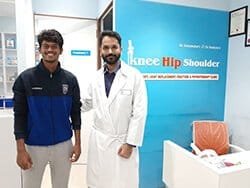 – With the Grace of God and little bit of results of dedicated Joint Replacement add Nashik, He has been honored with the post of Consultant Joint Replacement Surgeon at Apollo Hospitals Nashik. He are going to be available at Apollo Nashik for OT and OPD (Time – 11am to 4pm) on day to day .

Glance at Certificates and Achievement

People Say About Us

Very happy with Arthroscopic treatment after my knee ligament injury got restored. I Would definitely recommend.

Ravi Ahuja
They took good care of my grandmother after her successful Knee Replacement . I Would definitely recommend to others.

Samir Mathur
Great service. They helped my father with their pain management therapy after his surgery.